Birmingham Is Lighting The Tiki Fire This Autumn 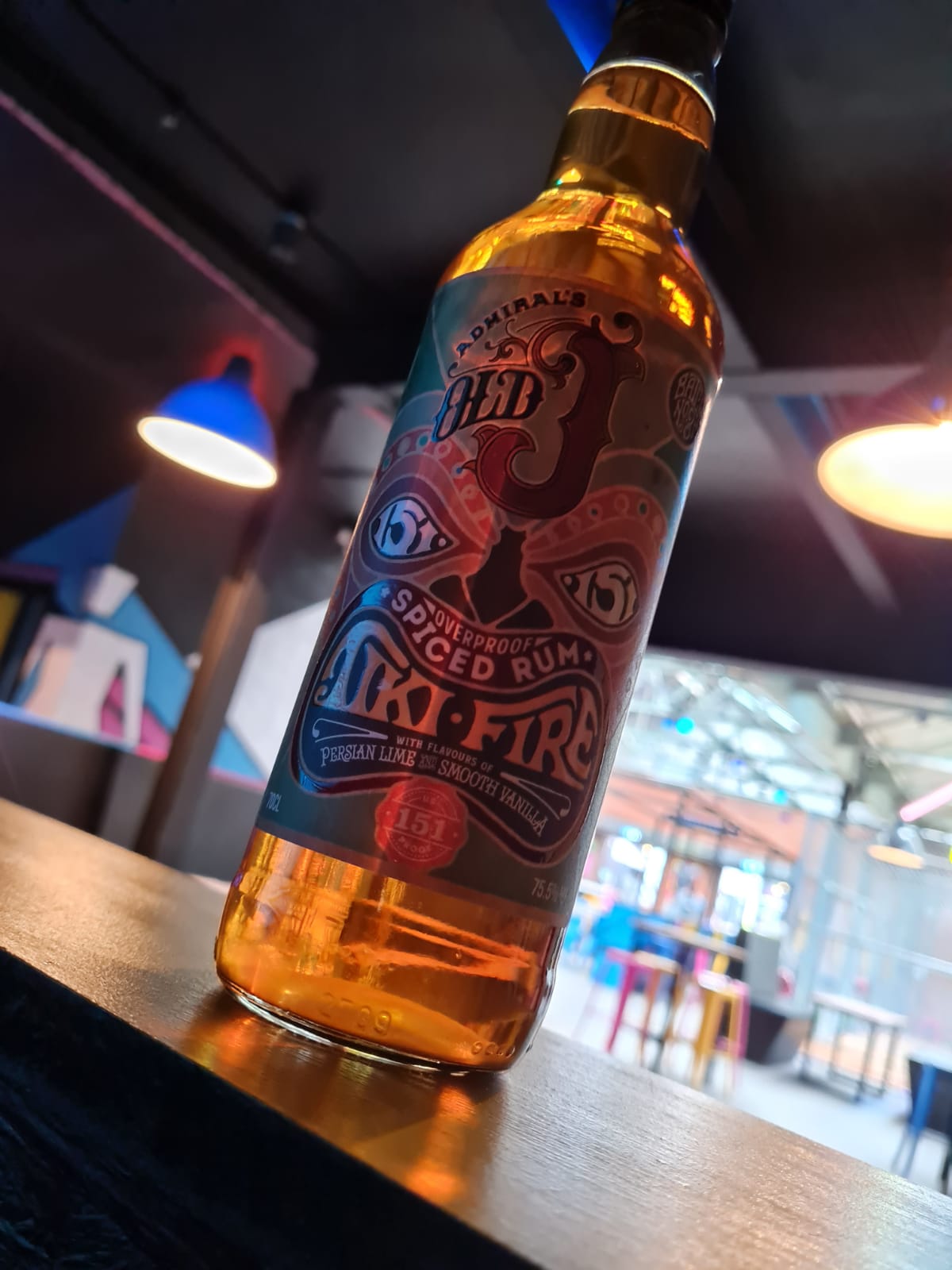 OLD J AT THE FLOODGATE

As September brings Autumn with it to the West Midlands there is a distinct feeling in the air, as the fire pits start to be lit, the coats start to be worn (hopefully you found money in the pockets from last year) and the hats and scarfs are unpacked and primed for Winter.

On a walk around the Custard Factory in Digbeth, you would be forgiven if you detect the sweet aroma of sugar cane, lime & spices in the air. You may find yourself following the smell all the way to The Floodgate. This is because we are constantly pouring the one and only Old J Tiki Fire for our customers.

A Rum like no other that really packs a punch big on flavour and even bigger on ABV 75.5%. one to be savoured slowly and with care, it even has the ability to warm up the coldest of folk and would probably stop a snowman in its tracks.

The origins of Old J date back to 1740 when an admiral decided to enforce a reduction in the British Navy's much-loved rum ration. Old J Tiki Fire redresses this historic reduction by increasing the strength to 151 proof but keeps the spices, lime, and sugar that make Old J what it is.

Tiki Fire is based on the same recipe as the original spiced Old J, but is bottled at an intense 75.5% ABV. Created with cocktail enthusiasts in mind, it is designed to add some heat to your mixology but also makes for a real fire-in-the-throat shot experience. Recognized with a Gold Award at the 2017 Rum Masters, it may taste like the original and smell like the original, but Tiki Fire is a different beast. You’ll know it when you feel it.

It all started in 1740 when Admiral Edward Vernon enforced a reduction in the strength of the British Navy’s rum ration. When his men complained, Vernon suggested the addition of limes and sugar to make the drink more enjoyable.

Old J has been created in honour of this unlikely mixologist who was known as Old Grog. However, Old J brings Vernon´s concept into the 21st Century by using the finest Caribbean Rum combined with our secret blend of spices, sugar, vanilla, and Persian lime.

It took over sixty trials before the perfect harmony of ingredients was found, and Old J’s smooth and spicy flavour profile was born.

Old J is now available in six unique varieties, with the same blended base spirit used throughout—except for in Old J Gold, which uses a British Virgin Isles rum from a pot still.