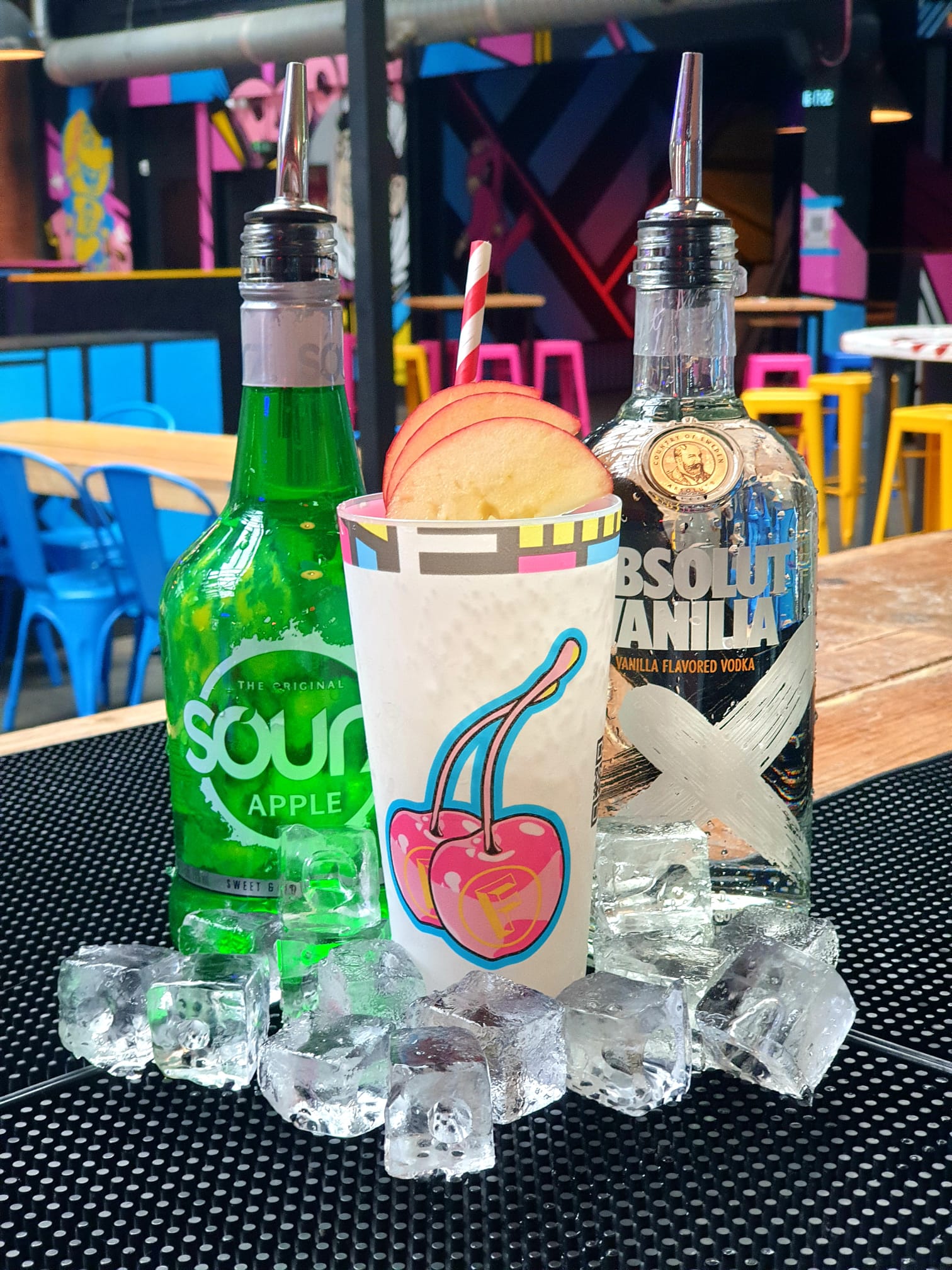 As the trifles & snow cones start to disappear from the fridges across Birmingham this Autumn, the sweet smell of apple pie & custard starts to fill the air.

For those who prefer a liquid lunch, liquid dinner, or even a liquid dessert, The Floodgate has the perfect treat for you. Sliding into Third is our Apple Pie-inspired cocktail that is sure to remind you of a crackling wood fire and feels like being hugged by a big fluffy wool blanket.

A generous serving of Sourz Apple & Absolut Vanilia Vodka and topped with fresh apple slices shaken by our expert mixologists, delivers a full taste bud experience, close your eyes and you will be transported to Lapland.

Although you may be forgiven to assume that Apple Pie is an American creation, it was actually created right here in good old Blighty. Apple pie originated in England, where it used culinary influences from France, the Netherlands, and the Ottoman Empire as early as 1390—centuries before the Pilgrims set foot on Plymouth Rock.

Eventually, apple pie was brought by European settlers to the USA, where the dish quickly caught on. America’s first cookbook, American Cookery was written by Amelia Simmons, published in 1796, included two recipes for the fruit-based dessert. Easy and affordable, apple pie was a staple in American cuisine by the 18th and 19th centuries.

So next time you are looking for the best Autumn cocktail in Digbeth, look no further than The Floodgate.